Mònica is a research fellow at SMRU. Her research interests focus on marine mammal population dynamics and how these can inform on the conservation status of wild populations. Mònica will be coordinating all the fieldwork and processing the data collected during this project. In the summer she will be based in Orkney collecting data, and outside the summer months she will be analyzing the photo-identification data from the different study sites to estimate vital rates.

Craig is a recent graduate from the University of St Andrews Ecosystem-based Management of Marine Systems masters programme. He is motivated by a desire to better understand and protect cold-water marine ecosystems. In his spare time, when not working or volunteering as a research assistant supporting a variety of research projects, Craig works as a renewable energy consultant in Glasgow.  During the summer months, Craig will be based in Kintyre (West coast) collecting photo-identification data, ground counts, presence and number of pups at different haulouts and seal scat samples.

Abigail is very excited to join the team at SMRU this year (2019) as a Research Assistant. She graduated with an MSc from Bangor University, during which she studied bottlenose dolphin behaviour in Cardigan Bay. Her love of all things ocean-related has led her to undertake marine conservation fieldwork around the world since completing her MSc. Abigail is currently collecting photo-identification data and taking ground counts of harbour seals around the Kintyre Peninsula. She will also be assisting with photo-ID research in Skye, and outside of the field season Abigail will be processing these data.

Andy is a field research assistant at SMRU. During the summer pupping season he will be monitoring harbour seals around Loch Dunvegan on the north west coast of the Isle of
Skye. He will be collecting photo-identification data, doing ground counts and recording the presence and numbers of pups across a number of skerries where harbour seals haulout on the loch. 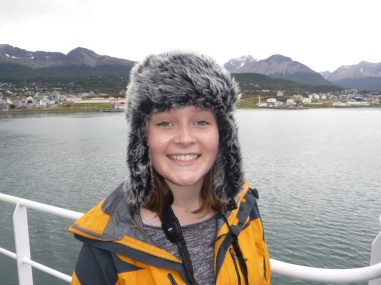 Izzy finished her MSci at SMRU in 2015 during which she investigated the behavioural ecology of Weddell seals in the southern Weddell Sea. She is currently a research assistant involved in projects using both grey and harbour seal  photo-ID. Izzy’s role in this project includes photo-ID data collection and processing, as well as analysing the telemetry data collected during 2016 and 2017. 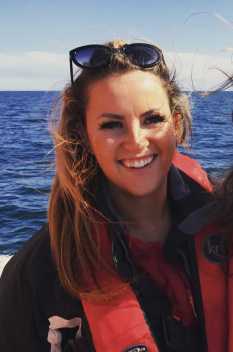 Emily is a graduate from the University of Aberdeen Applied Marine and Fisheries Ecology MSc programme. She is currently a research assistant at SMRU working with photo-Id data from bottlenose dolphins and harbour seals. Emily will be joining Izzy at Kintyre during the 2018 summer to collect photo-ID data, which she will be processing.

Callan is a senior research scientist at SMRU and his main function is to monitor the size and status of the UK seal  populations. Together with Chris Morris, they will be running the aerial surveys during the harbour seal moult in August.

Dave is a senior research scientist at SMRU. In this project, Dave will be in charge of conducting the aerial surveys during the harbour seal breeding season in June.

Paddy is a senior research scientist at SMRU, looking at how individual differences in seals translate into population-scale effects. Paddy will be looking into using small drones at selected haulouts to collect data on harbour seals.

Sophie is a lecturer at the University of St Andrews. Her research interests focus in the processes that drive changes in animal populations, especially in marine ecosystems. For this project she will be working on a population dynamics model that will help improve our understanding of the main (potential) drivers of the decline in harbour seal numbers.

Bernie is a senior research fellow at SMRU where he has been studying the movement and behaviour of marine mammals for over 25 years. Bernie also co-manages the SMRU Instrumentation Group, which will develop the telemetry tags that will be deployed on a sample of wild harbour seals to look at their haulout usage.

Phil is a population ecologist whose interests include how seals interact with the marine environment and obtaining robust information to support conservation and management. In this project, he will be coordinating studies of seal diet based on analysis of prey remains from scats and contributing to aspects of the population modelling and vital rate estimation.

Ailsa is the Director of SMRU and the Principal Investigator for the Harbour Seal Decline Project. Her interests are aimed at determining the effect that contaminant and pathogen exposure has on the risk of mortality and morbidity in marine mammals. Ailsa will be involved in obtaining individual covariates from wild harbour seals that may help better understand what may be driving the decline.