Queen’s bundled four NERC projects together (CBESS, Marine Ecosystem Research Program, Soil Security Program and Freshwater Invasives) to produce a mobile outreach platform – a trailer with mobile touch tank and mobile insect viewers for members of the public to get a closer look at the smaller things that live in soil. With so many creatures packed into a portable tin can, the organisers could not help but brand it ‘Canned Ecology’ (Twitter hashtag: #cannedecology).

So far, Canned Ecology have have engaged with politicians and those working in the environment sector outside academia at Stormont (The Northern Ireland Assembly) and at family nature event in Slieve Gullion Forest Park. 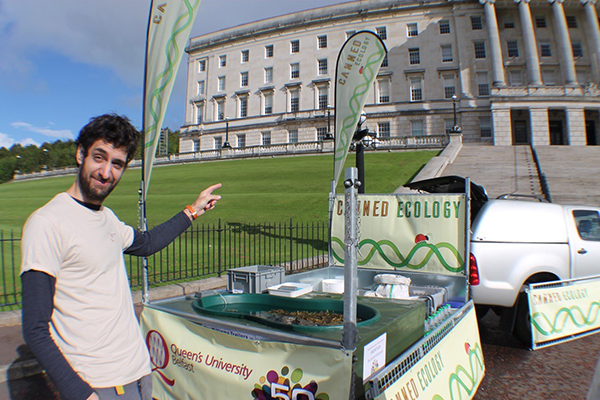