The molecular basis of molluscan biomineralisation

Abstract Molluscan shells exhibit a large diversity of architectures at both the macroscopic and microscopic levels. Ultimately, these architectures are controlled by gene expression in the epithelial cells of the dorsal

Molluscan shells exhibit a large diversity of architectures at both the macroscopic and microscopic levels. Ultimately, these architectures are controlled by gene expression in the epithelial cells of the dorsal mantle, however very little is known about how these genes, and the proteins they encode, regulate the formation of such spectacular structures.

Next-generation sequencing has opened up the capacity for significant new insights into the molecular basis of molluscan biomineralisation. On one hand, the availability of mantle transcriptome data from an ever-increasing number of species enables broad-scale comparisons that shed light on the evolution of shell formation in molluscs. These comparisons also reveal common features of mantle secretomes that likely underlie key functional principles of shell formation. On the other hand, recent developments in low-input RNA-Seq have enabled fine-scale mapping of gene expression across the mantle tissue. Differential gene expression in regions of the mantle associated with particular shell features can reveal the molecular basis for control of their production.

In this presentation I will outline key findings from a recent comparative analysis of mantle transcriptomes and shell proteomes of gastropods and bivalves. I will also share preliminary results of a fine-scale RNA-seq analysis of the juvenile abalone mantle, which reveals the likely pathway of molecular control of shell pigmentation patterning. These examples demonstrate the utility of ‘omics studies in elucidating the molecular basis of molluscan biomineralisation. 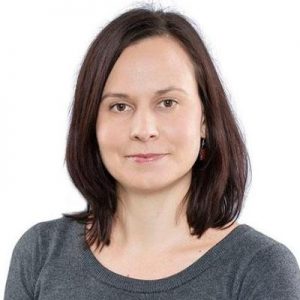 Dr Carmel McDougall is a molecular biologist with a broad interest in functional and evolutionary genomics, particularly of marine invertebrates. Her primary research has been in the field of molluscan biomineralisation, with a focus on identifying the genes involved in controlling shell synthesis, understanding how these genes have evolved, and investigating how variation in these genetic factors leads to differences in shell (or pearl) properties. Her research also uses comparative and functional genomics and experimental studies to provide practical outcomes for sustainable molluscan aquaculture.