Abstract Transposable elements are wide-spread genomic parasites, and the archetypal example of a selfish gene, which can impose large fitness costs on their hosts. In response, organisms have evolved mechanisms to

Transposable elements are wide-spread genomic parasites, and the archetypal example of a selfish gene, which can impose large fitness costs on their hosts. In response, organisms have evolved mechanisms to suppress transposable element activity; transposable elements can escape this suppression by invading new hosts. Here, we show an invasion of a species by DNA transposon, the P-element, in a new Drosophila host. Despite causing ‘hybrid dysgenesis’, a syndrome of abnormal phenotypes that include sterility, the P-element spread globally in the course of a decade in D. simulans. We find that the D. simulans P-element invasion occurred rapidly and nearly simultaneously in the regions surveyed, with strains containing P-elements being rare in 2006 and common by 2014. Importantly, as evidenced by their resistance to the hybrid dysgenesis phenotype, strains collected from the latter phase of this invasion have adapted to suppress the worst effects of the P-element.

Andrea Betancourt is a lecturer at Institute of Integrative Biology, University of Liverpool.  She is an evolutionary geneticist, working to answer questions about adaptation such as: Do sex and recombination allow rapid adaptation? Does sex-linkage promote adaptation? How do organisms adapt so rapidly to transposable element invasions? 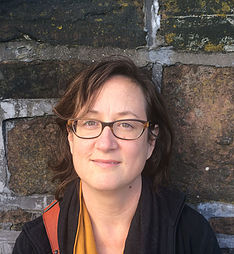 To address these questions, she mainly uses flies from the genus Drosophila as a model, and apply genomics, population genetics, and Drosophila genetics, with an occasional foray into modelling.