Abstract The origins and consequences of lethal violence, ranging from homicide to warfare have been subject of long debate. Although recent studies on 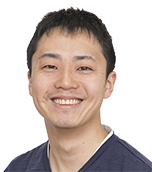 The origins and consequences of lethal violence, ranging from homicide to warfare have been subject of long debate. Although recent studies on the evolution of violence have been based on various archaeological and ethnographic data, they have reported mixed results: it is unclear whether or not lethal violence among prehistoric hunter – gatherers was common enough to be a component of human nature and a selective pressure for the evolution of human behaviour. Based on exhaustive surveys of skeletal remains for prehistoric hunter-gatherers (the Jomon period; 13000 cal BC–800 cal BC) and agriculturists (the Yayoi period; 800 cal BC–AD 250) in Japan, the present study examines levels of inferred violence. Our results show that mortality attributable to violence in prehistoric Japan is much lower than those from previous studies, implying that lethal violence was not common in prehistoric Japan. We also found that mortality attributable to violence in the Yayoi period is higher than that in the Jomon period, which is consistent with a traditional archaeological view that large-scale intergroup violence is promoted by social changes induced by agriculture.

Kohei Tamura is an assistant professor at Tohoku University. He focuses on cultural evolution and evolutionary anthropology. He aims to understand various cultural phenomena. he approaches cultural inheritance as an analogy of biological genetics and analyze patterns of diffusion and transformation of culture using evolutionary biology methods. He looks at cultures as “information that is communicated socially” and pays attention to the nature of the information transmission systems. The root of biological evolution is that genetic information is transmitted from the parent to the child. The property “information inherited” common to these two systems can be handled in the same framework. Currently, by applying this “cultural evolution” method to the archeology data, while solving concrete archeological tasks, he aims to clarify the law in cultural phenomena and understand the creation mechanism of cultural diversity. In parallel, He is establishing a methodology for applying cultural evolution to archeology data, and is also working on improving the research environment.