Predator prey interactions: Can a generalist outcompete a specialist?

Predator-prey interactions often lead to the co-evolution of different tactics over time. These can be quite

Predator-prey interactions often lead to the co-evolution of different tactics over time. These can be quite apparent in extreme environments such as the sulphur streams of southern Mexico. Sulfur mollies (Poecilia sulphuraria) inhabiting these streams have evolved specialized traits that allow them to withstand the otherwise toxic concentrations of hydrogen sulphide in the water, including behavioural adaptations such as aquatic surface respiration. Several fish eating birds take advantage of the resulting high number of fish at the surface to prey on. Following a bird attack fish schools produce a series of synchronized waves. In order to understand the function of these waves and how they affect bird predation we compared the hunting strategy of two species of fish-hunting birds, the green kingfisher (Chloroceryle Americana), a specialist fish-catcher and the great kiskadee (Pitangus sulphuratus), an opportunistic fish-catcher. Both these birds hunt by flying over and attacking the fish school from atop, but they differ significantly in the number of waves they produce and in their success probability. We experimentally induced repeat waves while kiskadees were hunting, and could show that consecutive attacks were significantly delayed after wave exposure. We concluded that waves prevent birds from 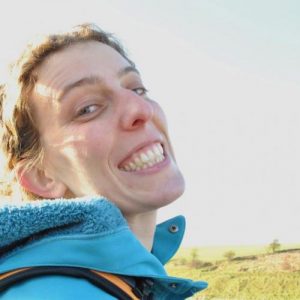 attacking and thus significantly decrease their success rate. Despite being considered generalist feeders, it seems that kiskadees are able to attack fish aggregations frequently and thus compensate for their low probability of success by attacking many times, without inducing a strong response by the fish.