When related species come into contact their interactions may include competition for resources, territory, even mates. Such interactions can influence species range limits and drive phenotypic evolution. But little is

When related species come into contact their interactions may include competition for resources, territory, even mates. Such interactions can influence species range limits and drive phenotypic evolution. But little is known about the extent of variation in phenotypic or ecological traits that might lead to a breakdown in assortative mating. We investigated the extent of genomic and phenotypic variation across independent contact zones between closely related red-fronted and yellow-fronted tinkerbirds in sub-Saharan Africa, and performed a genomewide association study to determine genes associated with forecrown coloration. Each contact zone involves interactions between a different pair of subspecies and variation in ecological gradient steepness. We found evidence that the extent to which songs differ mediates the extent of reproductive isolation. Where songs differed more in allopatry, they remained distinct where the two species came into contact. By contrast, where songs were more similar in allopatry, we found a pattern of convergence in song towards the contact zone; with playback experiments showing only where differences are greater are songs distinguished. Genomic data reveal extensive hybridization at the contact zones where songs converge in spite of over 4 Ma of divergence in mitochondrial DNA, but no evidence of hybridization where songs remain distinct. Genes associated with forecrown colour are found to introgress asymmetrically from red-fronted tinkerbirds into the genomes of yellow-fronted tinkerbirds, suggesting a possible sexual preference for the red plumage. Our work suggests song plays a vital role in mediating when species interbreed, irrespective of the timespan of genetic divergence between them, while a preference for red feather coloration may influence the direction of introgression between the species. 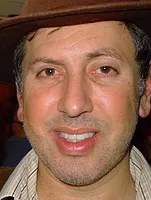