Abstract The evolution of human behavior and cognition is often studied with a combination of theory and experiment—theory is used to explore evolutionary dynamics, while laboratory experiments can compare human behavior

Thomas Morgan is an Assistant Professor at Arizona State University. His background is in the evolution of animal social behaviors and cognition. He graduated from Cambridge 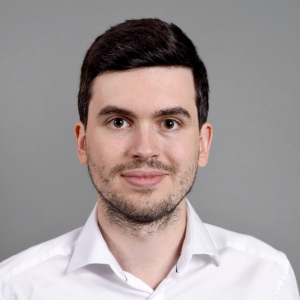 with a bachelor’s in zoology in 2009, focusing on vertebrate evolution and behavioral ecology. He completed his doctorate in 2013 at the University of St. Andrews working with Kevin Laland to carry out a series of experiments testing evolutionary hypotheses about human social learning. From 2014 to 2016, he worked as a postdoctoral fellow with Tom Griffiths in the computational cognitive science lab at University of California at Berkeley where he developed a new platform for large-scale online social experiments called Dallinger. He joined the Adaptation, Behavior, Culture and Society group at Arizona State Unversity in August 2016.