Global warming and the recurrent mass bleaching of corals

The world’s tropical reef systems, and the

The world’s tropical reef systems, and the people who depend on them, are entering a new era in which the interval between recurrent bouts of coral bleaching is decreasing and few regions of the world remain unaffected. Following the record marine heatwave in 2015/16, we analyzed the pattern of recurrent bleaching over the past four decades at 100 globally-distributed reef locations. The median return time between pairs of severe events at each location since 2000 is only five years, far shorter than the minimum 10-15 years needed for coral assemblage to reassemble. The 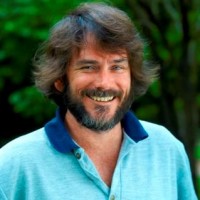 2016 bleaching was particularly severe on the GBR affecting 91% of reefs and driving an unprecedented shift in the composition of coral assemblages, severely depleting many functionally-important coral taxa. Water quality and fishing pressure (reef zonation) had minimal effect on the severity of bleaching in 2016, suggesting that local protection of reefs affords little or no protection from global warming. Similarly, past experience of bleaching in 1998 and 2002 did not lessen the severity of bleaching in 2016. This large-scale transformation from high to low coral abundance, along 1000km of the Great Barrier Reef, is a harbinger of further radical shifts in the species composition of all marine ecosystems, especially if global action on climate fails to limit warming to +1.5-2oC above the pre-industrial base-line.

Professor Andrew Baird is a Chief Investigator in the ARC Centre of Excellence for Coral Reef Studies and an ARC Future Fellow at James Cook University. He has broad interests in coral reef science. His current research focuses on the systematics and biogeography of reef-building corals.