Causes and consequences of trait variation in plants and animals

Abstract Plant and animal traits have many and varied influences on the ecology and evolution of organisms. Traits such as body size, metabolic rate and leaf economics have been shown to

Plant and animal traits have many and varied influences on the ecology and evolution of organisms. Traits such as body size, metabolic rate and leaf economics have been shown to influence population dynamics, life history and species interactions. However, individual traits operate in a complex system of other traits, environmental and biotic context, so simple relationships between widely available traits and system behaviour can be difficult to tease out. Here I use several examples of modelling approaches for determining the consequences of plant and animal trait variation on conservation activity of zoos, spread of invasive pines, and animal and plant life history strategies. I introduce an ecological model system of distributed population ecology, Plantpopnet, with which we are investigating the ecological and evolutionary causes of trait variation and its consequences for population dynamics across global environmental gradients. 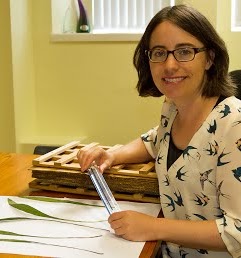 is the Professor of Zoology at Trinity College Dublin. She is also the co-champion of the multidisciplinary “Smart & Sustainable Planet” research theme and an international partner of the ARC Centre of Excellence for Environmental Decisions headquartered in Australia. Prof. Buckley has research interests in determining the future of how we live well on the planet, environmental decision making, plant ecology and quantitative ecology. She and her team seek to understand the fundamental drivers of animal and plant population processes in a rapidly changing world. She uses these discoveries to provide support for environmental decisions in the areas of biodiversity conservation, invasive species management and habitat restoration. Prof. Buckley’s research combines data collection in the lab, field or from the literature with quantitative modeling techniques that enable analysis and prediction of responses of populations to underlying drivers and manipulations. Prof. Buckley is interested in the development of ecology as a discipline, she is the founding chair of a learned society for ecologists in Ireland and serves on editorial boards for two top ecology journals. She is also active in mentoring women in higher education at all levels, including through the Aurora program. Professor Buckley is originally from North Cork in Ireland and received a B.A in Biology (1st class) from Oxford University and a Ph.D. from Imperial College London (2002). She has worked at Imperial College London and the University of Queensland, Australia before joining Trinity College Dublin in 2014.

Link to the Bucley Lab wesbite