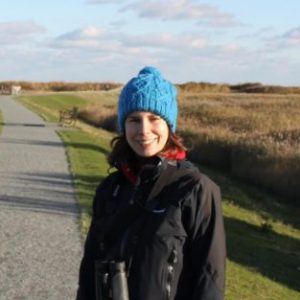 Population assessments are an important, integrated means of establishing baselines, recovery status and resilience for conservation management of vulnerable species. For cetacean populations, such assessments require good estimates of past catch history and current population connectivity, abundance and trend. In this talk I will discuss developments in the use of these data as well as emerging results from population assessments of humpback and southern right whales in the Southern Hemisphere. Pre-exploitation “carrying capacity” baselines can provide a useful means of gauging population recovery levels, but how accurate are they? Can we do better?

Jennifer Jackson is a Whale Ecologist/Geneticist for the British antarctic Survey. She is interested in evolutionary genetics, evolutionary rates and the use of fossils to calibrate evolutionary trees and describe the tempo and pattern of the evolutionary history of species. Population genetics, the use of rapidly evolving DNA markers to measure population sizes, migration rates and past demography and dynamics. Particularly interested in using new genomic technologies such as ‘ddRAD’ for characterising population structure. And population dynamic modelling to understand the population history of exploited whales- an integration of data on population trend, abundance, exploitation history with logistic models to look at past bottlenecks, pre-exploitation abundance and current recovery levels. And mark recapture models to estimate animal abundance and trend.