Members of the Sound and Movement Tags Group participated in an outreach event at the Dundee Science Centre as part of their Animal Day on Saturday 13th February (it was World Whale Day). 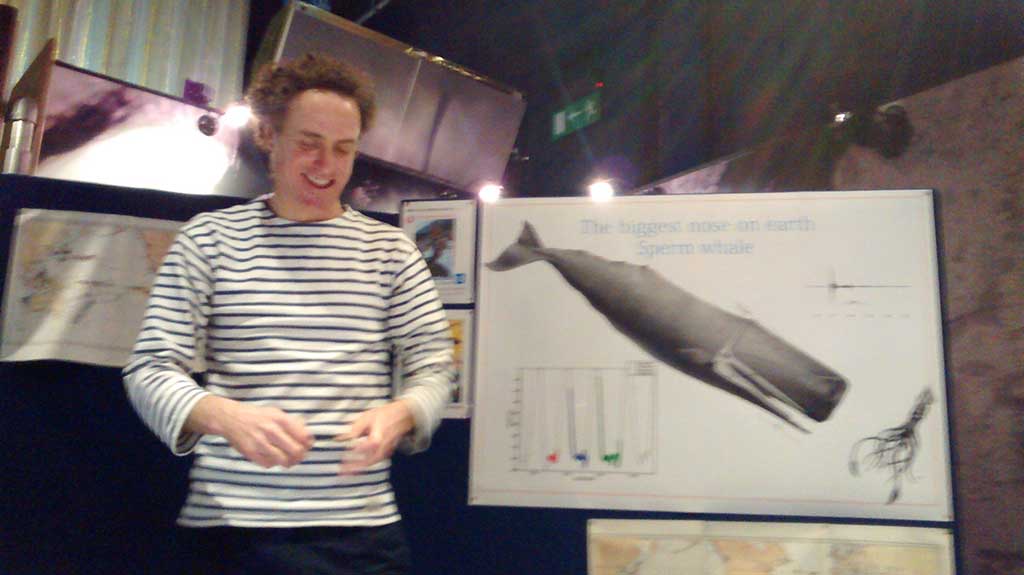 “The Biggest Nose on Earth” saw lab members presenting information on the Sperm Whale, Echolocation, Tags as tools to study whale behaviour, and Conservation. Members of the public were able to see if they could click as loud as a sperm whale, listen to sperm whales, age a sperm whale using the layers in its teeth, and hit a target at different distances using water jets with narrow and broad beam widths to explain why the nose of a sperm whale is so important for generating echolocation clicks and focussing
sound.

We had a great turn-out and many budding young scientists and their parents enjoyed interacting with the display and lab members.